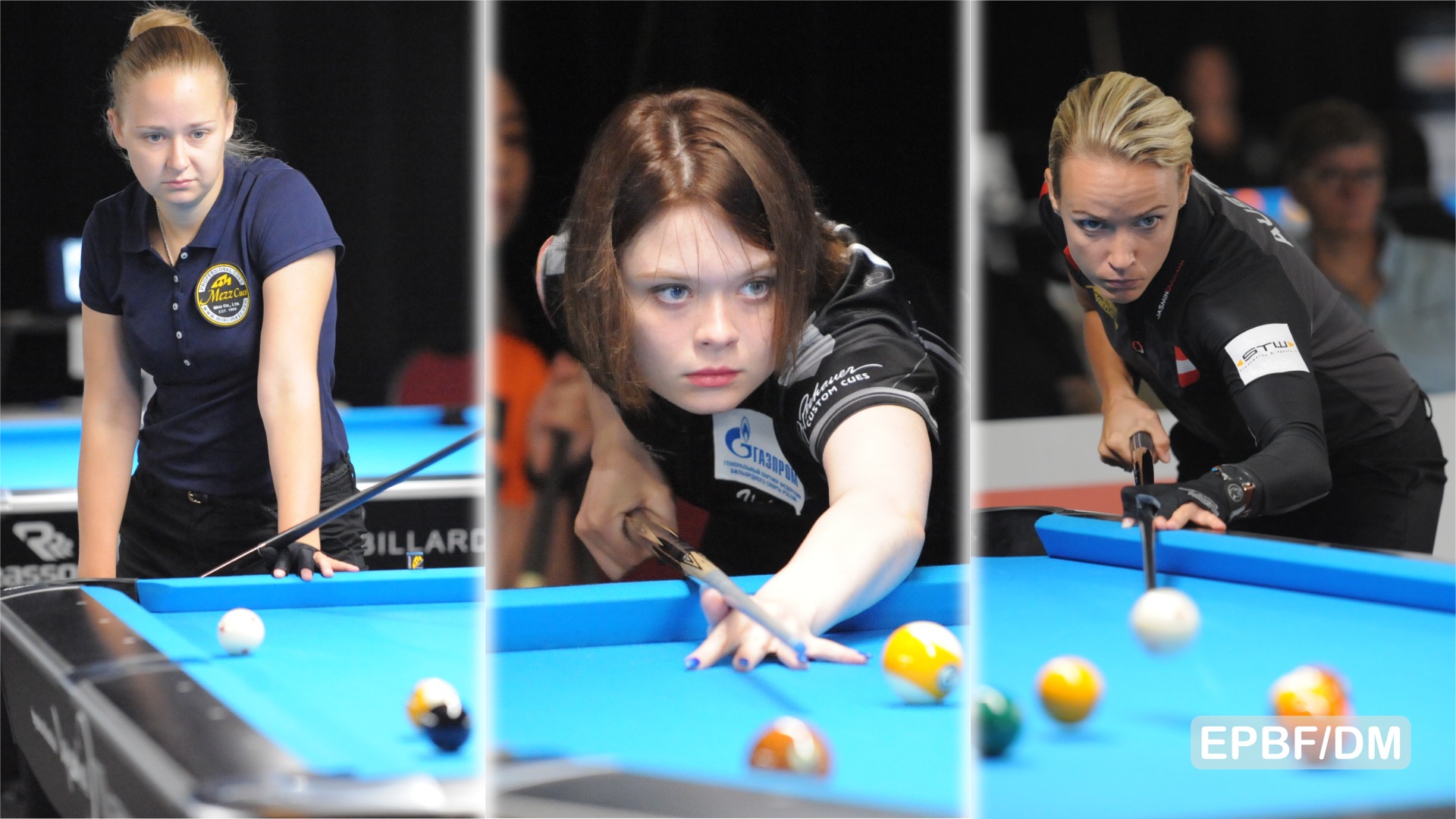 In the Predator Veldhoven Open 2019, Kateryna Polovinchuk (UKR) defeated Valeriia Trushevskaia (RUS) in the winner’s qualification round with 7:1.

Based upon Trushevskaia’s recent performance, the match was actually expected to be a close affair between the two players. Polovinchuk is a very experienced player with a long history on the women’s tour whereas Trushevskaia is just starting her career, having won the 10-ball title in last week’s Youth European Championships. So the match was experienced vs hunger. But Trushevskaia could not live up to her performance in that match. She missed too many shots whereas Polovinchuk played as rock-solid as she usually does. Towards the end of the match, Trushevskaia was obviously frustrated with her game and even missed an easy 9-ball being 6:1 down. Polovinchuk ended the match and has booked her seat in the round of the last 16 players single elimination.

The Predator Veldhoven Open 2019 will continue tomorrow at 09:30 CET with matches from the loser’s qualification round.

Sonny´s Billiard Supplies for everything you wants to have. Shop around in Veldhoven or do it online http://www.sonnys.be

Every day, up to two matches will be streamed LIVE over the EPBF Facebook page. Check for updates and announcements.

The Predator Veldhoven Open is played in the NH Conference Centre Koningshof in Veldhoven, The Netherlands, on up to 24 tables which are all streamed LIVE throughout the whole event. In order to be able to follow all the action LIVE, premium membership can be obtained at www.kozoom.com. Once a premium membership is held, all events for the respective period of time can be viewed LIVE. Additionally, a huge video gallery is contained on the website.

The event is hosted by the European Governing Body for Pool, the European Pocket Billiard Federation (EPBF) and organized by International Billiard Promotion (IBP). For further information and reference please go to the federation website www.womeneurotouronline.com or visit us on Facebook for regular news clips or contact our press office press@epbf.com.